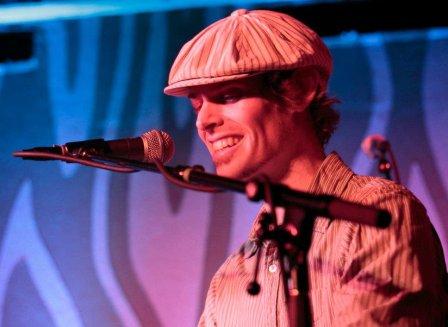 Dome Records newest signing , soul-jazz singer JARROD LAWSON, arrives in the UK in October for a couple of prestigious shows in support of his self-titled debut album which has already hit No 1 on Amazon’s Soul Albums chart.

Jarrod has already shared stages with the likes of Bilal, Average White Band, Angelique Kidjo and Ronnie Laws and even played at his hero Stevie Wonder’s birthday party. Here, in the UK, he’ll be playing Ronnie Scott’s Club on Saturday 4th October and Manchester’s Band On The Wall on Thursday October 9th.

Like his heroes Stevie and Donny Hathaway, Jarrod is a multi-faceted artist and for his Ronnie’s debut, the blue-eyed soul singer will perform tracks from that chart-topping debut. His band will include Josh Corry, drums, Chris Freisen bass, Chance Hayden, guitar and featured guest, trumpeter Farnell Newton who himself has toured with the likes of Jill Scott and Bootsy Collins.

Check with both venues for full details.