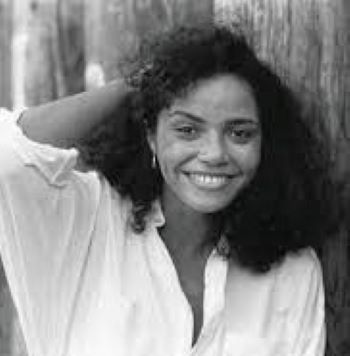 Several US news sources are reporting the recent death of Marvin Gaye’s second wife, JAN GAYE. Few details are available save that Ms Gaye was 66 and died at her home in Rhode Island. Marvin Gaye bios will tell you that the singer met Janis Hunter when he was recording his ‘Let’s Get It On’ album. Gaye was 34 and still married to Anna Gordy. Jan was just 17 and was introduced to the singer by the album’s co-producer, Ed Townsend. Gaye was infatuated and we’re told that Jan became the inspiration for many of the ‘Let’s Get It On’ songs. Indeed he wrote a song simply called ‘Jan ‘which eventually appeared on a live album. Jan, a budding fashion designer, is also often credited for shaping Marvin’s distinctive look at this time.

Jan Gaye was also an actress appearing in the cult movie, ‘Lobster Man From Mars’ (1989). She eventually wrote her autobiography, ‘After the Dance: My Life With Marvin Gaye’ which painted a torrid picture of her relationship with the singer. Jan also managed the career of the couple’s daughter, singer/songwriter Nona Gaye. Nona has posted : “I am deeply saddened by the passing of my mother, Janis Gaye.  She was the most influential woman in my life and many others. I believe once you met my mother Jan, she wasn’t a woman you could ever forget. Every word from her mouth was from her soul. She never said anything she didn’t mean. I know her drive and influence from the time she was 17 until the day she died was all about her family and family that extended beyond blood – brothers, sisters in every part of this beautiful and painful planet. Every day she was here it was about the love she felt for her husband, children, grandson, and the friends she met all over the world.  From the time she met my father, she was exposed to the way he saw this world was aching, and she did her best to preserve his legacy as he was taken from us far too early. She took every moment to speak about every word and every note of his music, and she wanted to make sure everyone knew the man she fell in love with. I will never get to see her again in this life but know she’s in heaven with my father and a spokesperson for us in spirit.”