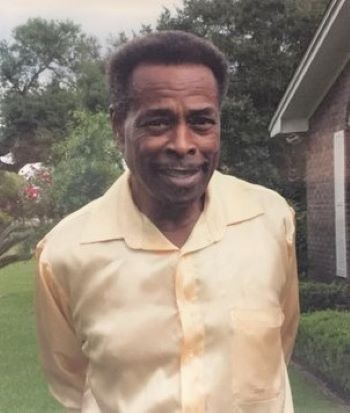 Soul man JAMES PURIFY (yes, he of James and Bobby Purify fame) died on Friday January 22nd in Pensacola, Florida – his hometown. He was aged 76 and reportedly died of complications of Covid-19.

James Lee Purify was born in May 1944 in Pensacola and formed the James and Bobby duo with his cousin Robert Lee Dickey in 1965. Signed to Bell Records in ’66, they scored a massive across the board hit with the Dan Penn and Spooner Oldham penned ‘I’m Your Puppet’. Recorded down at the FAME studios, it spent over 14 weeks on the charts and was nominated for a Grammy.

More success followed with songs like ‘Shake A Tail Feather’ and ‘Let Love Come Between Us’ – that latter was particularly popular in the UK. The duo continued to work together until 1971, when Dickey retired from the music business for health reasons. He returned to his hometown, Tallahassee, where he worked as a city maintenance supervisor as well as singing and playing guitar with his church and as a member of the Bethlehem Male Singers.

James Purify worked solo till 1974 when he reformed James and Bobby Purify with southern soul man Ben Moore assuming the new “Bobby” role. They worked together till the early 80s and enjoyed moderate success with a remake of ‘I’m Your Puppet’. After splitting from James, Moore turned to Gospel earning a Gospel Grammy nomination in 1983. In 1998 he went blind suffering from glaucoma, but Ray Charles encouraged him to continue to work. In 2005, using the name Bobby Purify once more, he recorded the album ‘Better To Have It’. Produced by Dan Penn, the song ‘Only In America’ was a standout. Moore later joined the Blind Boys of Alabama.

Little is known about James Purify’s career after the duo finally split. He was predeceased by Robert Dickey (the original “Bobby”) in 2011. Together they had created plenty of classic soul with their ‘I’m Your Puppet’ becoming one of Southern soul’s most enduring anthems. Over the years it’s been covered countless times most notably by Dionne Warwick, Sam & Dave, the Box Tops, Donny Osmond, Marvin Gaye & Tammi Terrell, Bobby Womack – even Cliff Richard and Elton John have had stabs at it!