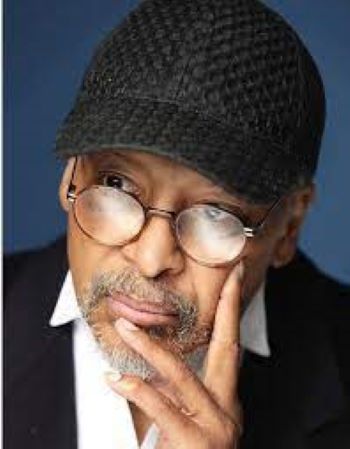 Storied soul and jazz man – percussionist, songwriter, producer and much more – JAMES MTUME died on Sunday 9th January aged 75. The news was confirmed by his son. No cause of death was revealed. The daughter of Mtume’s late creative partner Reggie Lucas, Lisa Lucas, wrote on Twitter: “So much loss. So much grief. Rest in power to Uncle Mtume. My late father’s partner-in-crime. The co-creator of the songs of my life (and about my birth!). He was an essential part of the life of the man who made me, therefore me too. Gone now. He will be dearly, eternally missed.”

James Mtume  was born in Philadelphia. His father was the jazz saxman Jimmy Heath but he was actually raised by his stepfather, James Forman, also a jazz musician. Mtume once wrote ; “My stepfather played with Dizzy Gillespie, Charlie Parker and all those people. So, when I’m growing up, maybe at dinner one night, there’s Dizzy Gillespie, another night, there’s John Coltrane or Thelonious Monk. I was only 10 years old, so I didn’t know how deep it was, but I did know it was extraordinary hearing these conversations with these great jazz musicians. At the same time, I’m growing up listening to the birth of R&B and soul — there’s James Brown, The Temptations, Motown — so I had a very interesting musical background coming up.”

In the 60s young James was drawn to the Civil Rights movement and joined the Black Power Movement and was given the surname “Mtume”, which means “messenger” or “prophet” in Swahili. Developing his skills as a percussionist (then as a multi-instrumentalist) he moved to New York finding work in the jazz clubs where he was discovered by Miles Davis in 1971 and the two toured together for five years.

In the early 70s Mtume released two solo albums melding jazz and black consciousness and he went on to work with people like Gato Barbieri, Duke Ellington, Lonnie Liston Smith and  McCoy Tyner. However, it  was his skills as a songwriter that eventually brought him fame. Working chiefly with Reggie Lucas (see above) he crafted hits for people like The Spinners, Stephanie Mills, Phyllis Hyman, Teddy Pendergrass and many more.  His ‘Never Knew Love Like This Before’ won him a Grammy. Amongst Mtume’s best loved songs is 1977’s ‘The Closer I Get To You’ – a no 1 for Roberta Flack and Donny Hathaway. In the 90s he went on to work with (amongst others) Mary J. Blige, K-Ci and Jojo and R. Kelly.

Soul fans also cherish Mtume’s own music – credited to “Mtume”. The best known “Mtume” recording is obviously ‘Juicy Fruit’ featuring vocals from Tawatha Agee. The song was later sampled by The Notorious B.I.G. in his first official single.  Albums like ‘In Search of The Rainbow Seekers’, ‘Theatre of The Mind’ and ‘You, Me and He’ were also successful.

In his later years, Mtume became a frequent public speaker on social issues , and he hosted a popular radio show in New York that covered issues of the day.