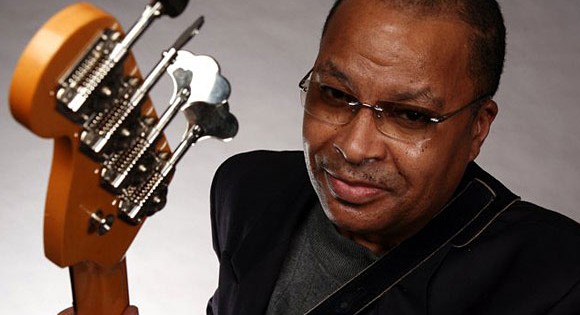 US new agencies are reporting the death at the age of 58 of virtuoso bassist JAMES JAMERSON JR. No cause of death has been given though it’s reported that he had been ill for some time

Jamerson, of course, was the son of the legendary Motown studio bassist, James Jamerson Snr.

In a widely quoted interview the younger James described what his musical childhood was like: “When I was growing up I didn’t know I was around history-making people. I didn’t even know about my dad; I thought bass was played like that all the time. It was like a given. Then I came to find out that dad was changing the whole course of music. He was just my dad. It was just like someone that goes to work at a factory. That’s his job and that’s what he does.”

It’s said the James Jr’s first recording session was on Smokey Robinson’s ‘Flower Girl’ when he was just 14 and invited to play bass on the cut by Earl Van Dyke. Later he became an in-demand session and road band player. He worked with the dozens of top names, including the Temptations, Tavares, The Jacksons and even Bruce Springsteen and Pavarotti. In the 70s he also formed his own group, Chanson

More recently James has been working in the Funk Brothers Standing in the Shadows of Motown live shows.