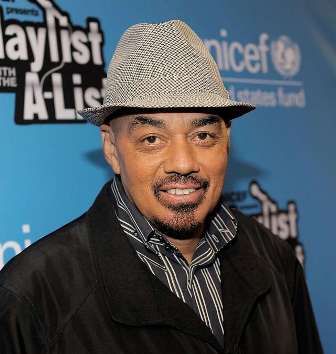 Singer JAMES INGRAM died yesterday, January 29; he was 66 and cause of death was reported as brain cancer. Born in Ohio in 1952, Ingram will be best remembered for his Grammy wins, Oscar nominations and collaborations with people like Quincy Jones and Michael McDonald.

Ingram began his music career with the band Revelation Funk before moving on to playing keys in the Ray Charles orchestra. However after Quincy Jones heard him singing demos, the producer brought him in to sing lead on ‘The Dude’ album. In 1982 he won Best Male R&B Vocal Performance Grammy for the song ‘One Hundred Ways’. Ingram won his second Grammy for the song ‘Yah Mo B There’ which he sang with Michael McDonald – but in the UK, he was best known for songs like ‘How Do You Keep The Music Playing’ (a duet with Patti Austin) and ‘Somewhere Out There’ (a duet with Linda Ronstadt from the children’s film ‘American Tail’.) That latter was his only UK top 10 hit.

By the 90s Ingram turned his attention to film soundtracks, receiving Oscar nominations in 1994 and 1995 for ‘The Day I Fall In Love’, a duet with Dolly Parton from ‘Beethoven’s 2nd’, and ‘Look What Love Has Done’, from the Arnold Schwarzenegger comedy ‘Junior’.

More recently James Ingram was rarely in the spotlight though in 2008 he released the gospel album ‘Stand (In The Light)’ which was produced by his mentor Quincy Jones.

James Ingram is survived by his wife, Debra, to whom he had been married since 1975 and since the announcement of his passing the tributes to his talent have been full and fulsome. Most notably Quincy Jones tweeted: “There are no words to convey how much my heart aches with the news of the passing of my baby brother James Ingram. With that soulful, whisky-sounding voice, James Ingram was simply magical. He was, & always will be, beyond compare. Rest In Peace my baby bro…You’ll be in my heart forever”