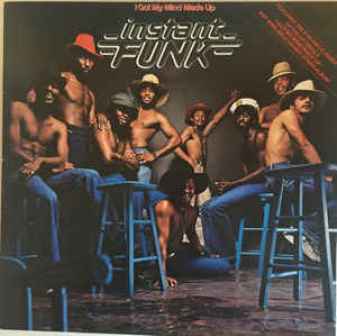 US news sources are reporting the death of singer JAMES CARMICHAEL (not to be confused with the Commodores producer of the same name). James was 71 and had been suffering from diabetes; in soul circles he will be forever remembered for being the lead singer in New Jersey/Philly disco group, INSTANT FUNK.

Instant Funk began life as The Music Machine (essentially Scotty and Kim Miller and Raymond Earl). Bunny Sigler took the band under his wing and brought in Carmichael as singer and scored them a deal with MFSB guitarist Norman Harris’ label Gold Mind where they recorded their classic ‘I Got My Mind Made Up’. Just as the record was taking off, Gold Mind folded and the track was quickly transferred to Salsoul and it soon became a worldwide disco anthem.

Carmichael quit Instant Funk in 1982 and began a solo career. He also sang background on several of Bunny Sigler’s solo albums and, more latterly, he worked with Ward Brown.