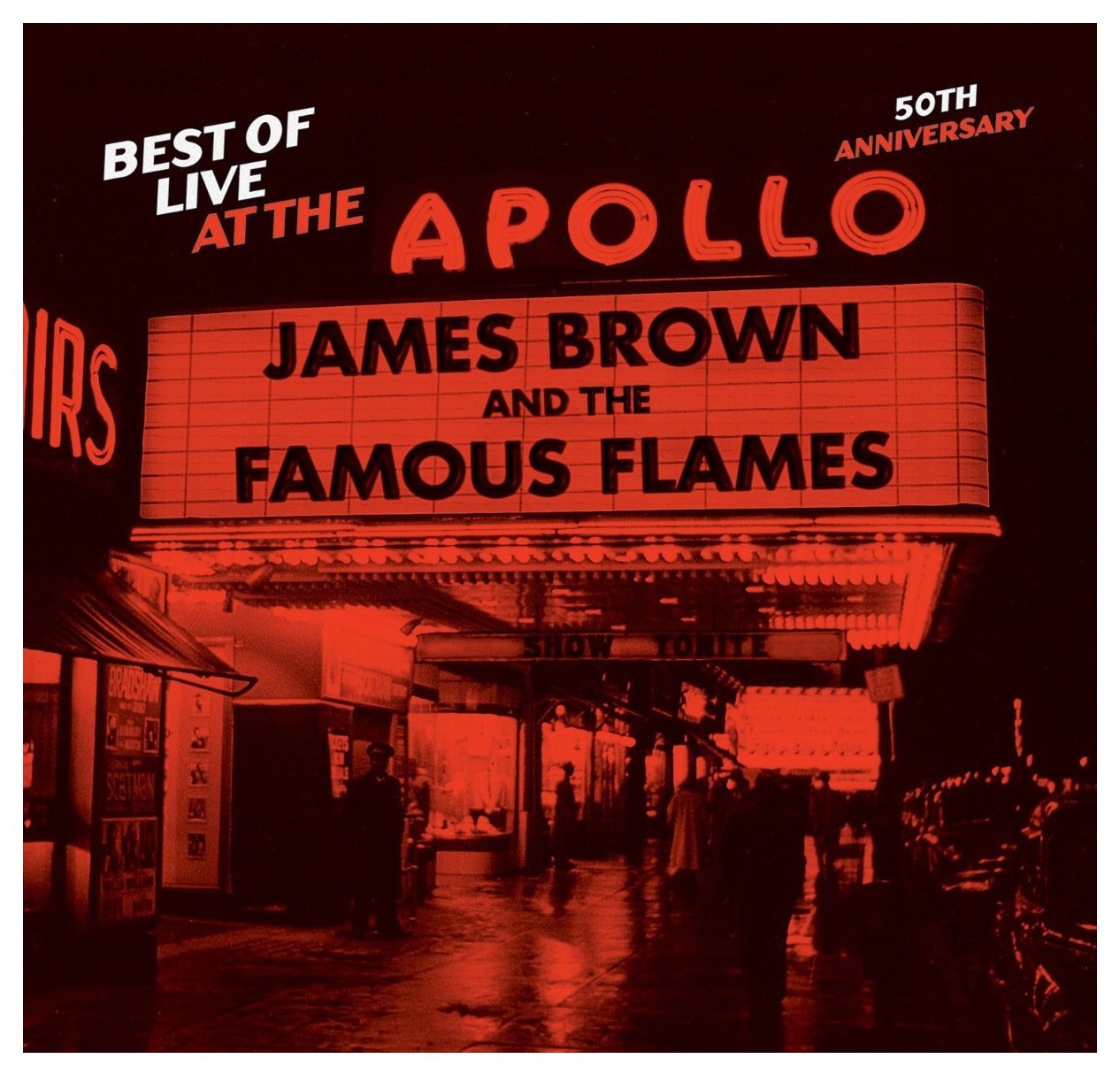 Hard to believe, but it’s 50 years since the release of JAMES BROWN’S classic ‘Live At The Apollo’ album – which became  – and indeed remains – the template for all live albums.

To commemorate the anniversary Universal are releasing a set which they’re calling ‘Best Of Live At The Apollo’ – ‘cos, as all Godfather fans know, their main man released three albums recorded at the iconic Harlem venue.

The first classic set – funded by BROWN himself, by the way – was recorded in 1962 and released in ’63. In 1968 he released ‘Live At The Apollo Volume II’; then in ’71, came ‘Revolution Of The Mind; Recorded Live At The Apollo – Volume III’. The new collection is an amalgamation of cuts from those three sets – but, importantly, there are a couple of big bonuses. In 1972 a fourth live set was recorded. To be called ‘Get Down At The Apollo With The JBs; Live At The Apollo, Volume IV’, it was never released. The new collection offers two cuts from that cancelled set – an instrumental of ‘Hot Pants Road’ and a new twist on ‘There It Is’.

‘Best Of Live At The Apollo’ will be available from June 24th.