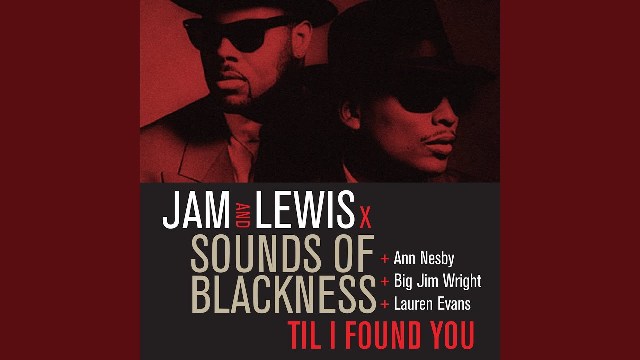 It’s taken a long time, but US sources are reporting that the legendary JIMMY JAM and TERRY LEWIS are set for a big comeback – and due to release their very first album! Tentatively titled ‘Jam & Lewis Vol. 1,’ its due for September release but if you can’t wait, then seek out the album heralding single, ‘Til I Found You’. The song is about the power of faith and sees the duo back working with the Sounds of Blackness and Ann Nesby! If you want more nostalgia, the single is out on Perspective Records.

Jam and Lewis’ social media said: “We decided the first single from our project should be in the spirit of how we started the original Perspective Records in the 90s. And that’s with the Sounds of Blackness… In 1989 while working on Rhythm Nation in Minneapolis with Janet [Jackson] we took her to see Sounds Of Blackness concert. She was blown away and told us we should sign them and do a project immediately. We felt the best home to showcase their incredible talent would be our own label. Perspective Records was born and A&M was our choice as partners as the team of Herb Albert & Jerry Moss understood our vision. The result was the Grammy Winning ‘The Evolution Of Gospel’ album which featured the timeless single ‘Optimistic.’ As we jump to 30 years later we feel that the opportunity to reunite Sounds of Blackness with the legendary Ann Nesby and Big Jim Wright (R. I. P.) feels like the foundation from which to build a project to uplift and make you fall in love with music again.”

We don’t want to sound too optimistic, but the new single begins by referencing ‘Optimistic’… all looking and sounding good!