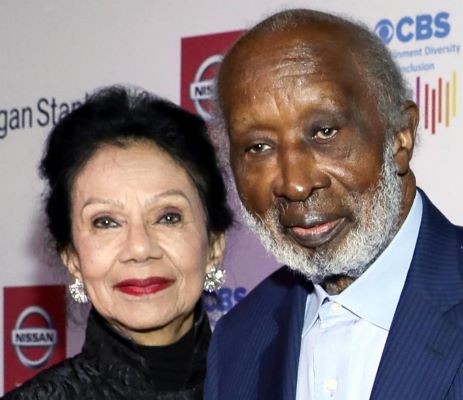 US philanthropist JACQUELINE AVANT the wife of music entrepreneur  CLARENCE AVANT and mother-in-law to Netflix CEO Ted Sarandos, was fatally shot in her Beverly Hills home early on Wednesday, 8th December. She was aged 81 and the Beverly Hills Police Department suggested that it was a targeted, robbery-linked murder. It’s reported that Clarence Avant and a security guard were home at the time of the shooting. No one else was injured and the police  said it appeared that nothing obvious had been taken, but it will take some time to say with certainty.

Police chief Mark Stainbrook said: “Jacqueline was an amazing woman, wife, mother, philanthropist, and a 55-year resident of Beverly Hills, who has made an immeasurable positive contribution and impact on the arts community. She will be missed by her family, friends, and all of the people she has helped throughout her amazing life.” He added, “I don’t think it’s a random attack, but I can’t speculate on that right now. The suspect or suspects are at large and the motive is still unknown”.

Clarence Avant is a veteran soul music exec. In a distinguished career he managed people like Little Willie John and Sarah Vaughan and ran labels like Sussex and Venture while also working for Motown and Stax. He also worked in movies and TV production  and was often referred to as “The Black Godfather”. He had a star on the Hollywood Walk of Fame and was inducted into the Rock and Roll Hall of Fame this year. He married Jacqueline (Gray) in 1967 and the couple had two children. Mrs Avant was known as a generous philanthropist and tireless charity worker. Congresswoman Karen Bass tweeted: “Mrs. Avant was a force of compassion and empowerment locally and nationally for decades, as well as a model of service and giving back to those who needed it most.”