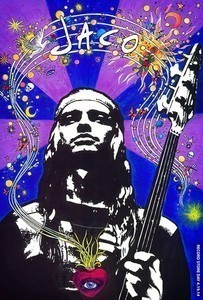 Born in Pennsylvania, Pastorius rose to fame when he joined fusion giants WEATHER REPORT in 1976, his distinctive Fender fretless bass making an immediate indelible impact on the band’s ‘Black Market’ LP. The bassist’s presence was even stronger on its successor, 1977’s ‘Heavy Weather,’ where he contributed the classic song ‘Teen Town.’ A mercurial genius, Pastorius left Weather Report in ’82 to pursue solo ambitions but struggled to cope with his fame and succumbed to alcohol and drug abuse. He was diagnosed with bi-polar disorder in ’82 and five years later, in 1987, he was tragically killed in a violent confrontation with a nightclub bouncer in 1987. He was just 35.