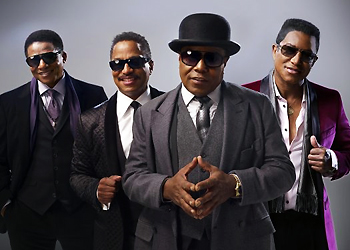 Hard to believe, we know, but THE JACKSONS, are currently celebrating their 50th anniversary in the business. And to tie in they’re putting together a world tour which takes in several UK dates.

The Jacksons now consist of brothers Jermaine, Tito, Jackie and Marlon and we’re told their show will include renditions of all group’s hits as well as their trademark dance moves and outfits. The Brothers will be playing other UK shows too…. check local venues for details

Tickets for The Jacksons and Alexander O’Neal are on sale at 9am on Friday March 24th from www.greenwichmusictime.co.uk.