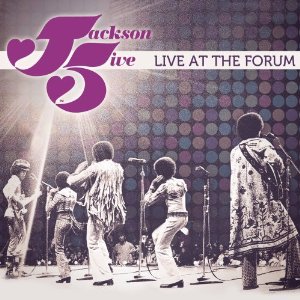 August sees Universal Records release a unique JACKSON FIVE live album – ‘JACKSON FIVE LIVE AT THE FORUM’. The double CD contains two live performances – one from 1970, the other from 1972 and, obviously, both recorded at Los Angeles’ famous Forum. The first show was part of the then young band’s first national tour on which they broke box office records everywhere, while the second performance was recorded just three days before MICHAEL JACKSON’S 14th birthday. Though the set lists are predictable (all the hits and some album songs)there are two bonus tracks. On disc 1 there’s a special live version of ‘Mama’s Pearl’ (recorded in 1971) and on disc 2 you can enjoy an ensemble version of ‘I Wanna Be Where You Are’ which was recorded for the soundtrack to a Save The Children project. The album comes in a special digi-pack and is stuffed with great archive photos, postcards of the individual group members and a provocative essay from MARK ANTHONY NEAL – a professor at Duke University.