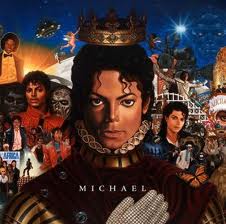 Hot news just in…..Sony Music has just announced that an album of unreleased recordings from MICHAEL JACKSON will be unleashed via Epic Records on December 13th. Simply called ‘Michael’ and featuring a front cover depicting a painted portrait of the ‘King of Pop’ by artist, Kadir Nelson, the album was already in progress before Jackson’s tragic demise back in June 2009. An exclusive teaser for the album will be available on Monday November 8th at www.michaeljackson.com in the form of the track ‘Breaking News,’ which will be available for streaming for one week only.

The album is already available to pre-order at www.michaeljackson.com