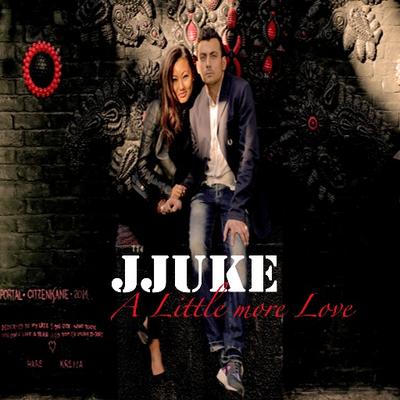 ‘A Little More Love’ from the enigmatic JJUKE (producer Ben Copland from British Indie Electronica band Mooli) is already winning radio plays and finding its way into more than a few top DJs’ boxes. It’s a throwback to the era of Blaxploiation with a touch of the ‘Car Washes’ and ‘Rappers Delight’ (without the rap!) about it.

‘A Little More Love’ is set to get a fresh makeover in September when the Funk’aDoodle mix is unleashed. This tweak ups the funk quotient with flavours of Brass Construction, Cameo and even good old George Clinton. It will be available on So Tangy Records in September.

In the meantime a diligent web search will allow you to enjoy the video which features Paul Danan, who, we’re told is from ‘Hollyoaks’ and something called ‘Celebrity Love Island’. We’re further informed that the “bad boy oozes cool and charisma in sun-soaked shots around London.” Wow!