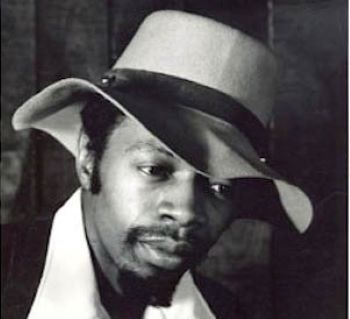 News is filtering through from the States that Motown alumnus, IVY JO HUNTER died yesterday. Few details are currently available save that Hunter was 82.

Born, George Ivy Hunter in Detroit in 1940, Hunter was something of a child prodigy who graduated from  the city’s  Cass Tech high school as a skilled keyboards and trumpet player. His reputation led to Motown’s Mickey Stevenson checking him out and he was signed to the fledgling Gordy business. Very soon he was penning songs (in various teams)  and producing discs on people like the Four Tops, Martha Reeves and the Vandellas, the Spinners and the Contours. Amongst his best known collaborative efforts were ‘Ask The Lonely’,  ‘Dancing In The Street’ and ‘My Love Is Your Love (Forever)’ which in the Isley Brothers version became a huge Northern soul  tune!

Ivy Jo Hunter also recorded in his own right but for reasons never properly explained his work was never released at the time. Some of his recordings have eventually been released on Motown compilations and collections. His ‘Determination’ and ‘Only A Lonely Man Would Know’ becoming popular on the Northern soul circuit.

When Berry Gordy moved his operation to California, Hunter left the company . His reputation meant that plenty of local artists were keen to work with him. In 1970 he worked with P Funk/Funkadelic on an album and he also worked with former Dramatics’ lead singer William Howard (Wee Gee). Their collaborative ‘Hold On (To Your Dreams)’ eventually becoming a popular graduation ceremony song in the States. The song was also covered by the Ch-lItes.

Hunter eventually formed the Probe 1 Production company in Detroit and through the 70s and 80s he produced a clutch of collectable recordings. He continued to make his own recordings too and he was also the lead vocalist on North By Northeast’s ‘Pain Of City Living’. In 2012 Soul Junction Records issued his ultra-catchy 1979 waxing ‘See You Around’ with a pleasing ballad, ‘Yea, Yea, Yea’ on the flip. Don’t know if the label has any copies left, but you can check here… www.souljunctionrecords.co.uk The point, though, is the two tunes show Hunter could’ve been a contender, begging the question as to why he didn’t really make that breakthrough at Motown.