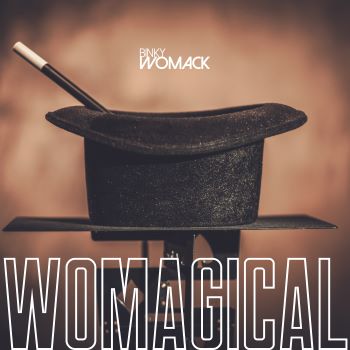 The album was flagged up in February with the release of a single that paired ‘Magic Woman’ with ‘I Know You Miss Me’. Both tracks still sound good in the context of the LP. The former is gritty with a typical Womack style spoken intro while the latter is a duet with Angel Faye Russell – more shades of Uncle Bobby on the fade out!

Amongst the album highlights is the message song ‘Get Back To Love’ – it’s a fairly obvious plea for unity through respect and love but there’s a rustic charm about the track. ‘A Love Of Your Own’ is another note-worthy track. It’s not the old AWB song; rather a Binky original with a rolling Southern flavour. Purists will probably baulk at the rap from Skinny Pimp’. Maybe the most intriguing track is the gentle ‘How Can It Be’ – simple, with acoustic guitar and again, a message in the music.

Interestingly when this album was announced back in February with the aforementioned single, we were told that it was to be called ‘Southern Soul’. No explanation why the name was changed but ‘Southern Soul’ is a really apt description of the sound