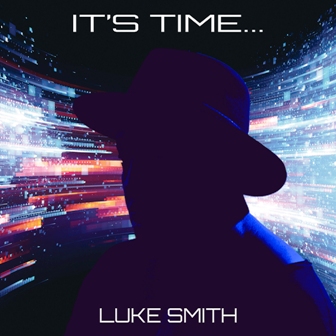 LUKE SMITH is a pianist, songwriter and producer who’s just recovered from Covid 19. Thankfully, now almost fully fit, he’s putting the finishing touches to his debut EP which he hopes will be ready for mid July.

Luke describes the five track mini album as “a contemporary jazz offering” but soul fans too will find plenty to enjoy – notably the lazy, southern flavoured groove that is ‘It’s Time’…. no wonder it’s  been selected as the EP’s overall title. The track has a live feel to it but the big bonus is the star guest … a certain Roy Ayers! The legendary vibes man lays his crystalline input over Smith’s piano and Hammond and even gets to scat and offer encouragement to Mr S.

The EP’s other star guest is guitar man Tony Remy who plays on the frantic opener ‘Travelling’. Much gentler is the Rhodes-led ‘Message To Brazil’ – an obvious Latin romp which Luke says is his homage to George Duke. The “jazziest” cut (if that’s the right word?) is ‘Wondering’ on which Luke shows off his keyboard mastery and that skill is totally manifest too on the EP’s final offering…. the all-too short, ironically named ‘The Beginning’… just a very soothing piano outro. Maybe the end of this EP marks a real beginning for Luke Smith.