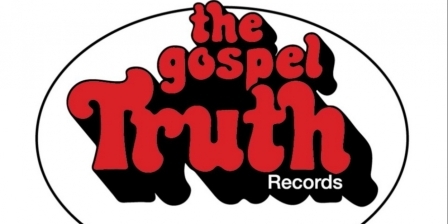 All self-respecting soul fans know that Gospel Truth Records was an important subsidiary of the mighty Stax Records empire. The good news for collectors is that Craft Records are preparing the first-ever digital release of 25 albums from the label’s catalogue. The sequence begins with The Rance Allen Group’s 1972 self-titled debut; then titles will be released every week in chronological order, leading up to September’s Gospel Heritage Month.

In addition to the digital reissues, the campaign will include a singles compilation, set to drop September 4th on vinyl, CD and digital formats, plus several playlists and new video content.

The Rance Allen Group’s 1972 self-titled debut is now available and it proves, if you didn’t already know, that Rance Allen is one of the greatest soul singers of all time.  The Michigan-based brothers  used  the popular local stylings of Motown to get over their Gospel messages in an intoxicating  juxtaposition  of  their spiritual foundation with secular influences. Best known example of their approach is the Group’s take on the Temptations’ ballad ‘Just My Imagination’ which they turn into ‘Just My Salivation’….. just beautiful and one of many highlights on the 8 tracker. Rance Allen went on to make many more splendid records – ‘There’s Gonna Be A Showdown’ , ‘Ain’t No Need Of Crying and ‘Stay With Me’ amongst them but few match the passion and soulful commitment on that 1972 Gospel Truth debut.

There are more Rance Allen albums in the reissue roll out and other featured artists will include Charles May & Annette May Thomas ,  Clarence Smith,  The Gospel Artistics,  Rev. T.L. Barrett & The Youth For Christ Choir,  The Henry Jackson Company,   The People’s Choir Of Operation Push and Louise McCord.