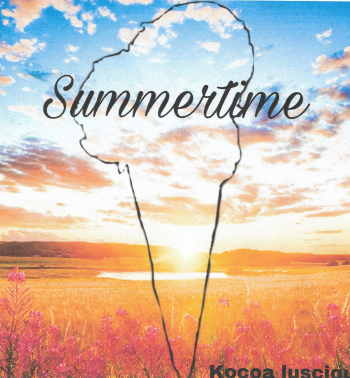 The wonderfully named KOCOA LUSCIOUS isn’t some kind of suntan treatment, rather, she’s a promising UK based singer/songwriter. Her given name is Katreese Harrison and her father is Mike “DJ Blue” Harrison (one half of the MS1 Project band).

Raised in South London and with a training in gospel, Kocoa’s now moving into the secular field  with her debut single, the up-tempo, atmospheric  ‘Summertime’. No, it’s not the old classic ‘Summertime’; rather, one of Ms Luscious’ own songs and with production from dad, Mike, it’s an impressive debut. It’s out now via Definity Entertainment