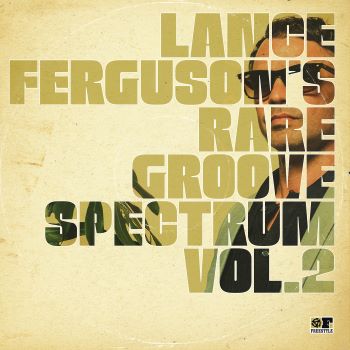 A striking headline above! It’s still dull, old and cold January, of course, but we can all dream – roll out those lazy, hazy, crazy days of Summer! And to help us in our reveries, prolific Aussie all round soul man LANCE FERGUSON has just released a new track from the upcoming second volume of his RARE GROOVE SPECTRUM project and it’s a lovely, laid back version of KOOL and the GANG’S ‘Summer Madness’.

You might remember that the aim behind ‘Rare Groove Spectrum’  is to dig out ultra-rare and/or classic soul, jazz and funk tunes and re-record them with a 21st century Aussie twist. That’s exactly what Lance does with ‘Summer Madness’. It’s a live take with a sun-kissed drum-track alongside a lilting horn section. Lance innovates by placing a synth solo at the centre of this laconic instrumental rework. Ah… summer!

The ‘Summer Madness’ single is out January 27th via Freestyle Records and the album’s on its way!