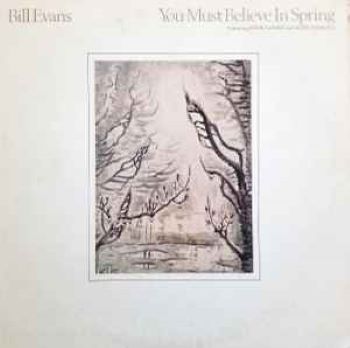 Jazz giant BILL EVANS died in September 1980. The following year his acclaimed album ‘You Must Believe In Spring’ was released. The album was actually recorded in 1977 and it was the last recording the pianist made with bassist Eddie Gomez and drummer Eliot Zugmund. For reasons never best explained the album wasn’t released till 1981.

The album was produced by Tommy LiPuma and he and Evans selected an introspective collection of material including two poignant Evans originals dedicated to his common law wife Elaine Schultz and his brother – both of whom had committed suicide. Amongst the other tracks (equally poignant) is Evans’ take on the ‘MASH’ theme – ‘Suicide Is Painless’.

To mark the 45th anniversary of the recording, ‘You Must Believe In Spring’ is set for a de-luxe reissue by Craft Recordings this summer. The reissue will come in a 2-LP vinyl set featuring  all-analogue mastering, cut at 45-RPM by Kevin Gray at Cohearent Audio, “for the highest-quality listening experience”. It will also be available on CD and hi-res digital and SACD. Those editions will include three bonus tracks – one of which a version of the standard ‘Without A Song’ which has just been released as a single/taster.