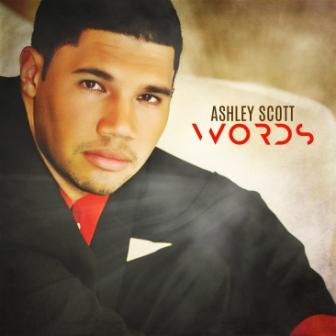 ASHLEY SCOTT is a young soul singer from Philadelphia with an impressive CV. At Howard University Ashley studied jazz voice under jazz star Grady Tate and the late Webster Lewis. He was also a member of the famed Howard University Gospel Choir. Since graduating, he’s shared stages with people like Jean Carn, Vivian Green, Bilal, Marcus Johnson and Take 6. Right now young Ashley works with Will Downing (he’s on his business team) while he’s the nephew of Helen Scott of The Three Degrees. He’s also the current Vice President of The Recording Academy Philadelphia Chapter.

Ashley is currently promoting his debut single, a stately, building ballad, ‘Words’. It’s a message song. Essentially it’s about the importance of what and how we say things and Mr Y delivers with a real soulful conviction, hardly surprising since a certain Will Downing was on hand helping with production duties.

The record is already winning support Stateside from fellow musicians. Soul favourite Frank McComb has tweeted; “Ashley Scott….a brother who’s spirit and friendship is just as genuine as the “Words” in his song.” .. should be enough recommendation for anyone.