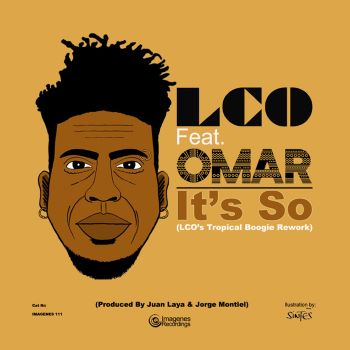 Back in 2017 LOS CHARLY’S ORCHESTRA celebrated their  10th anniversary with a very special release … a cover of OMAR’S 2006 anthem ‘It’s So’ and to make it really special they brought in  Mr Lye Fook himself to handle the vocals. The cut, with flavours of disco, boogie and a hint of the Caribbean, became a dance floor favourite.

Now the Charly boys (Jorge Montiel and Juan Laya) have re-worked their ‘It’s So’ adding extra spice, with tropical flavours and a big boogie back beat. Little wonder that they’ve dubbed the mix the “Tropical Boogie Rework” and it will   be good to go digitally on April 30th via Imagenes Records and we’re promised a vinyl release in July by which time the boys hope the tune will be part of the return to good times and dance floor socialising. Fingers crossed!