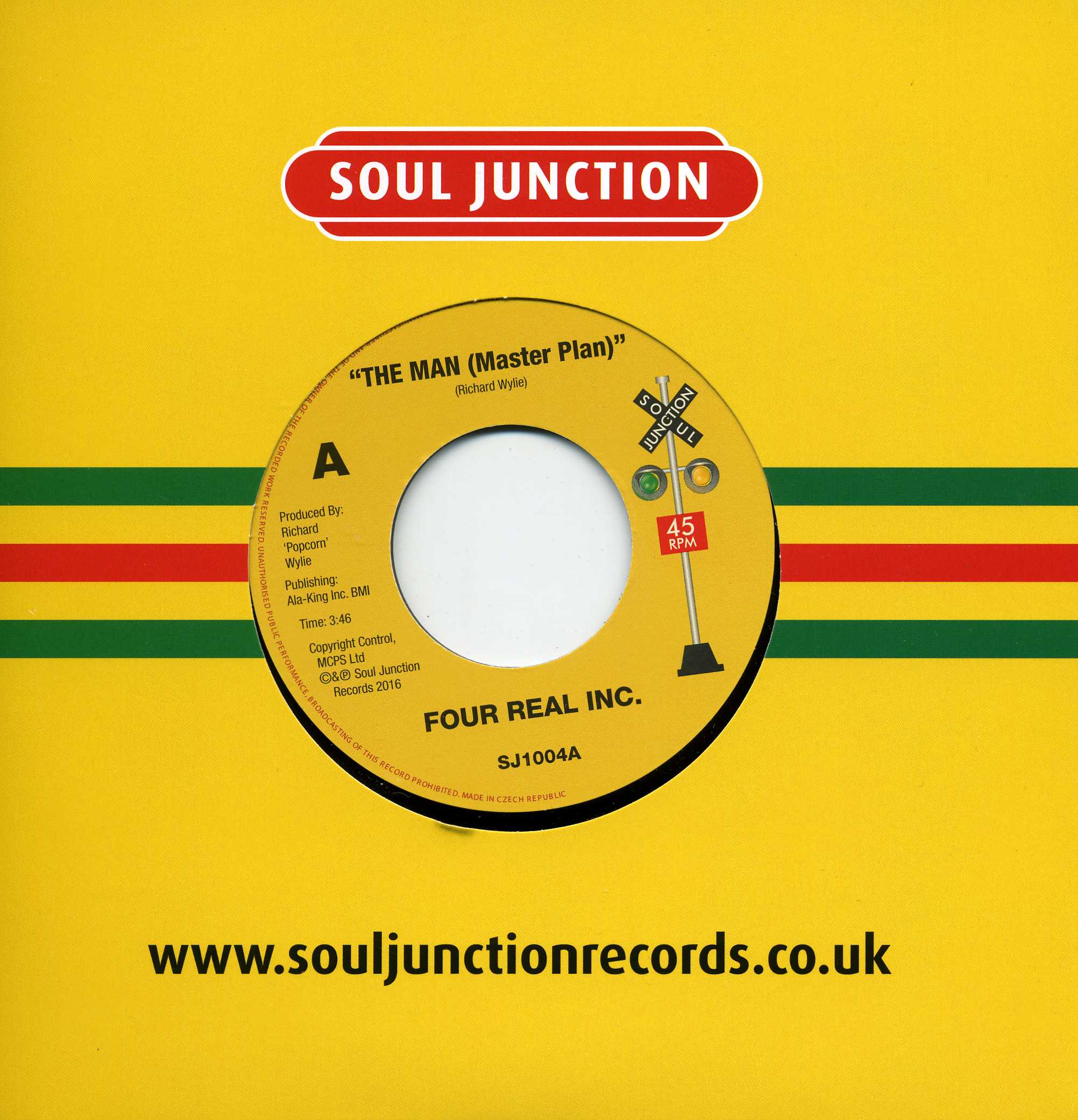 The latest 7″ single from the ever dependable SOUL JUNCTION label features a group called FOUR REAL INC. The group evolved out of an outfit called The Tempos and the band’s lead singer was Buford “Fabb” Glanton who also doubled as session guitarist. He worked on loads of sessions with legendary soul producer Richard Popcorn Wylie, so when Popcorn needed a group to front some of his songs Four Real Inc became a logical choice.

One such song was ‘The Man (Master Plan)’, a 1975 socio soul workout originally released on the Flying Eagles label. With a funky backing, complete with was wah wah guitar and a switching lead vocal, it has the same kind of feel as the Dramatics circa ‘The Devil Is Dope’.

Over the past few years the cut has become popular on the European funk and rare soul scene and so to satisfy the demand, Soul Junction have licensed the cut. Interestingly the Soul Junction team have opted for something quite different for the flip side… indeed even opted for a different artist!

Where the original B side to ‘The Man (Master Plan)’ was Four Real Inc’s tough ‘Ghetto Blues’, for this reissue we’re treated to Larry Wright’s sweet and soulful ‘It’s Okay With Me’. Again it’s a Popcorn Wylie penned and produced item and it has all the hallmarks of his classic Detroit soul sides. It was originally released as the B side to Larry’s up-tempo ‘Sweet Sweet Kisses’ on the A Go-Go Label and it’s a delicate, harmonic thing that’s travelled down time really well.