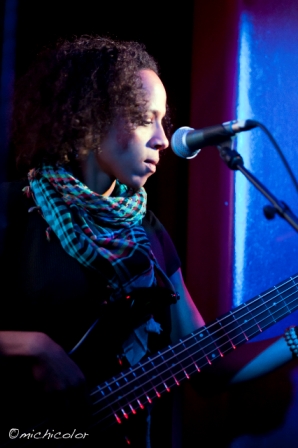 Too early to start thinking of 2014? We don’t think so nor do other savvy music media commentators who are already talking up the prospect of British singer/songwriter NYIKA becoming one of the “names” of the coming year.

The lady’s been around for a while, debuting in 2004 with the long player ‘The First Sensation’. From that set the hugely rhythmic ‘Happiness’ became an underground hit. Nyika released her second album in 2009 and ‘The First Sensation’ was remixed and reissued last year.

January 2014 sees Nyika break new ground with the launch of a brand new single… the energized ‘Crying Days’. The cut is fast … almost the right tempo for the Northern soul brigade, but it’s never furious. The sound is totally contemporary and very British (shades of Don E, Omar… even The Noisettes) but there’s feel to proceedings that shows that the roosts of the music are deep in soul’s rich heritage. There’s also a peculiar, analogue, echoey feel to ‘Crying Days’ that adds to its old world charm…. yep, one to watch we think. The single’s out on January 17th on Too Hip Records and you can discover more @ www.facebook.com/TooHipRecords