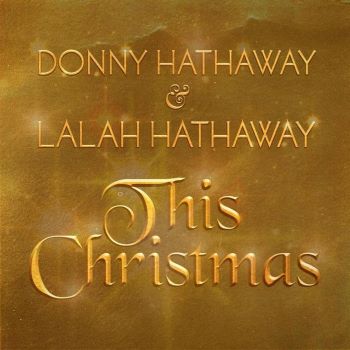 You know it’s Christmas when the Christmas turkeys (oops sorry) … we mean songs start dropping into you inbox! And the first has just arrived and we need to say that is far from a “turkey”; rather it’s a proper Christmas soul classic but in a rather special new version!

By common consent, DONNY HATHAWAY’S ‘This Christmas’ is one of the finest seasonal songs of any genre – a fact attested to by the number of cover versions it has generated! You might know that the tune originated in 1967 when Nadine McKinnor, a song writing postal worker in Chicago, wrote the lyrics and melody during a historic blizzard. Three years later, her friend was decorating Hathaway’s home and office when it occurred to him that McKinnor should sing her songs for Hathaway. She did, and he immediately heard the potential in ‘This Christmas.’ In the autumn of 1970 Donny composed the music and arrangement to the song  and entered the studio to record the song with some of the city’s top musicians, including members of the Chicago Symphony Orchestra, who play strings on the track.

In early December, ‘This Christmas’ was released as a non-album single on Atco Records. It peaked at #11 on Billboard’s Christmas Singles chart with Donny hoping hoping it would be embraced as the first black Christmas carol, one authored and performed by African Americans. It took some  time but that’s exactly what happened. In 1991, when ‘This Christmas’  was added to a reissue of Atco’s 1968 ‘Soul Christmas’ compilation, the song took off with its apposite message and Hathaway’s sweet and soulful delivery resonating with audiences around the world.

So why another version? Well the “new” iteration of ‘This Christmas’ is, as we said, rather special! It’s based on a previously unreleased Donny demo of the song AND with the magic of modern technology, the voice of Lalah Hathaway has  been added to create a remarkable Yuletide duet!

Ms Hathaway says: “It’s really happening!!!! I am so honoured to have my first recording with my dad be ‘This Christmas’!!! I hope this means as much to you as it means to my family!”

And though it’s only early October we believe that the “new” ‘This Christmas’ is out now!