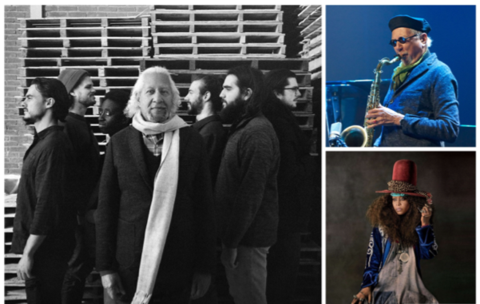 The line-up to the Love Supreme Jazz Festival, undoubtedly one of next summer’s most keenly anticipated music events in the UK has just been announced.

The festival, which returns to the elegant surrounds of East Sussex’s Glynde Place, is set to run from July 1st – 3rd 2022 and will offer a smorgasbord of first-tier acts from the worlds of jazz, soul, funk and even disco.

For those whose preference is jazz, there’s much to look forward to. The American saxophone giants Charles Lloyd – whose band features noted guitarist Bill Frisell – and Gary Bartz wh will be guesting with London spiritual jazz combo Maisha – are set to take the stage at Love Supreme is another esteemed veteran; the so-called father of Ethio-jazz, vibraphonist  Mulatu Astatke will also perform.

In addition to its myriad musical offerings,  Love Supreme also offers a wide array of non-musical activities, ranging from wellness and yoga sessions to secret swimming and guided hill walks across the South Downs.

More artists will be announced in due course. (See page 2 for the full line-up).