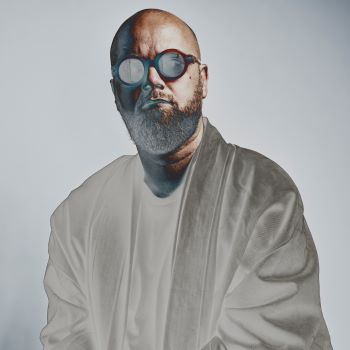 We first got to know and love JONAS (RENDBO) a year or so back via his singles ‘Pick Me Up’ and his ‘4ward Fast To Future’ EP. We quickly learned that Jonas was a big, big name in his native Denmark and the broader Scandinavian hinterland. Indeed, he’s known as the “Godfather of Scandinavian Soul”, and  he’s released plenty of classy, inventive music over the last 20 years but had never quite broken out till that EP.

Big J’s latest offering is another EP – ‘All Systems Go’ which he’s been working on during the various lock downs. The mini album’s title track is a good example of Mr R’s inventiveness. It features rapper Kuku Agami, who is also part of the group Sweathop, and Basement Jaxx lead singer Sharlene Hector. The song is a call for people to stand together against injustice and segregation. It tells us to dare to dream about a better world, and to resist the forces that are trying to divide us. Jonas says: “The world is becoming more and more polarized. No matter whether you are in US, UK, Denmark or anywhere else. In many ways the corona pandemic has only made it worse. “All Systems Go” is about going against a system that is trying to make us hate each other. There’s more money and power in playing us out against each other. Let’s not fall for that.” The edgy, aggressive soundscape matches the intensity of the message.

Other tracks on the EP have what you might call a more conventional sound with ‘Whatever You Like,’ a sweet ballad taking plaudits as standout. Elsewhere the flavours are decidedly neo-soul with a Scandi twist, while ‘Watching You Fly’ is a gentle acoustic ramble.