IT’S ALL OR NOTHING…. 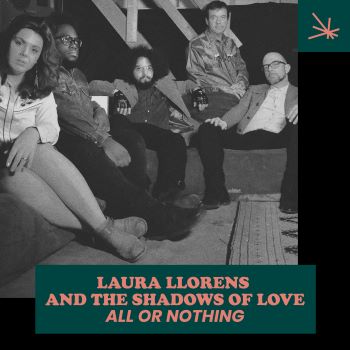 LAURA LLORENS is a French singer who “discovered” soul a few years back. She actually began her music career as an indie/folk singer/songwriter wowing club audiences in and around Paris for quite a few years. Indeed, she released three well received albums in the genre.

Then in 2018 she met up with Ludovic Bors, the brains behind one of France’s top soul labels, Q Sounds. He teamed Mademoiselle Llorens with the Shadows of Love and they quickly started recording. Their latest offering is the tough, psych-soul flavoured ‘All Or Nothing’. It’s a rootsy, organic sound which proves that French folk music’s loss is Gallic soul’s gain. Out now!