IT’S ALL GONNA BE ALRIGHT…. 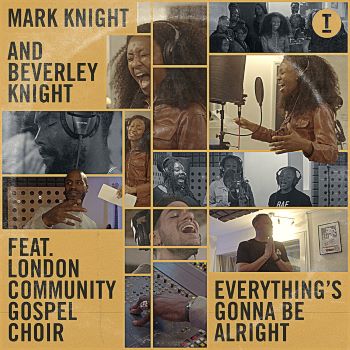 MARK KNIGHT is an acclaimed UK DJ, producer, label owner and man about the music biz. We’re told that Mr K is the second highest-selling artist on Beatport (the US based on-line dance store) and, of course, he heads up his own label, Toolroom and Toolroom is the source of his latest offering which is already garnering huge support.

Tune in question is ‘Everything’s Gonna Be Alright’ which Mark says is a synthesis of the great, formative  music that made him the DJ he is today. Delving through his extensive collection of classic Funk, House, Soul and Disco records from the 1970’s and 80’s for inspiration, Mark has crafted ‘Everything’s Gonna Be Alright’ with more than a nod to things like ‘Optimistic’ and ‘The Pressure’ by The Sounds of Blackness while he uses the same titling as  the Clark Sisters righteous, gospel-fuelled 2019 outing.

So, no coincidence that there’s  a huge gospel flavour about Mark’s ‘Everything’s Gonna Be Alright’. The energized track is  driven  by the London Community Gospel Choir while the lead vocal is taken by a certain Beverly Knight, who of course, started her music career in the Pentecostal Gospel tradition. Between them, the London ensemble and Bev cook up a proper testifying storm over Mark’s electrifying production. The effect is to deliver a powerful message of positivity, solidarity and hope.

‘Everything’s Gonna Be Alright’ will be released on Beatport exclusive promo and streaming platforms on April 23rd. Full release on May 7th, 2021 on Toolroom Records.