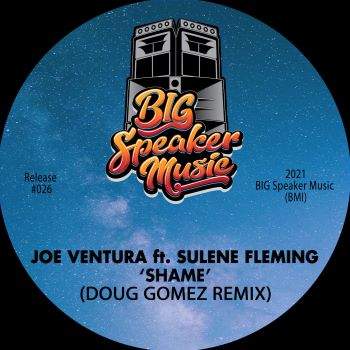 One of this year’s big soulful house tunes has been  ‘Shame’ from JOE VENTURA which featured a big, soulful vocal from the seemingly ubiquitous SULENE FLEMING.

Now the tune’s got itself even bigger in a fresh, new remix courtesy of DOUG GOMEZ. New York’s Gomez has been on the scene since the late 80s and he’s known for melding music from his Colombian roots with Afro Latin drums and sophisticated melodies. He’s released music on all the big labels including MoBlack, King Street Sounds, Offering Recordings, Dog Day Recordings, Grooveland, Sole Channel and his own label, Merecumbe Recordings.

This Gomez mix of ‘Shame’ is summery and percussive with a light Latin garnish, a lovely piano solo and Ms F’s stunning vocals out front!

There are three editions of the mix – the original, a dub and, for those who lack stamina – a radio edit.