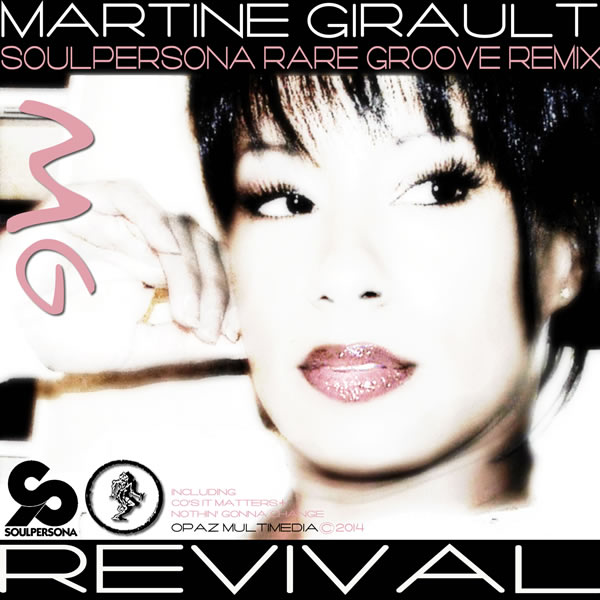 The Opaz team recently celebrated its 20th anniversary and has started releasing its entire back catalogue online for the first time (over 20 albums see www.opazmultimedia.com). Perhaps the most notable song from Opaz’s main man, producer RAY HAYDEN, is the cult classic ‘Revival’ by MARTINE GIRAULT. Re-issuing this with its original B-sides ‘Cos’ It Matters’ and ‘Nuthin Gonna Change’ had to be put on hold until a remix that would match the quality of the original track was achieved…it’s taken a few attempts from various remixers on the scene but finally Ray Hayden went with The Soulpersona Rare Groove Remix.

Ray says. ”I didn’t want to put this out on Opaz with dozens of remixes even if they were great because that devalues the work. I can’t wait till people hear what Soulpersona did with this they are going to be very very impressed and I hope it gets the attention it deserves”

The new remix (and those two B sides) will be available form September 29th at all good download sites. More info from www.opazmultimedia.com.