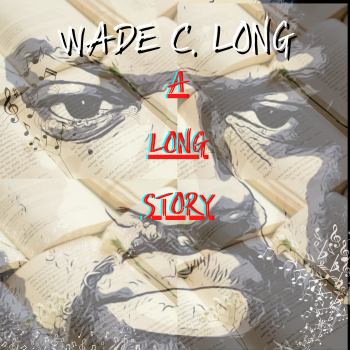 Cleveland-based smooth jazz keyboardist and vocalist WADE C. LONG entertained us last year with a an intriguing, quirky single, Electricity’. We learned that the clever cut was from a then “upcoming” album. Well, said album is now with us and it’s simply called ‘A Long Story’ – see what Wade did there!

The new LP is an 11 tracker with plenty more of Wade’s mix of smooth jazz, soul and clever songwriting. Apart from ‘Electricity’, the focus cut right now seems to be ‘Celebrate You’ – an old school sound that is actually a duet between Wade and Hil St Soul. Wade tells us that when he wrote the song, which is all about gratitude for that special someone in your life, he just knew it needed to be a duet. He’d loved Hilary Mwelwa’s  vocals  for a long time and reached out to Tom Glide (with whom he’d worked on ’Electricity’) to sort an introduction. Wade says: “When I asked her and she so graciously said she was in and I heard her work on it, I thought this was one of the best musical decisions I’ve ever made.”

We’d echo the sentiment. ‘Celebrate You’ has all the attributes of those classic soul duets of old. It’s   mid-tempo with a gentle a stepper’s pace,  classy  backing vocals, an ear worm of a chorus and  two strong  lead vocalists. Wisley, Wade and his team have chosen ‘Celebrate You’ as the album’s next single. (cover, pictured).

Elsewhere on the LP you can enjoy plenty of variety. ‘Take You Out’ is another old school soul groove; on ‘Trin’s Jam’ (with input from Christian De Mesones) Wade shows of his keyboard mastery; ‘Turn It Around’ is an atmospheric, gentle dancer; ‘For The Love Of You’ (not the Isleys’ song) is a heartfelt meander which closes the album in fine style.

WADE C LONG’S ‘A Long Story’ album  is out now with the single release of Celebrate You’ imminent.