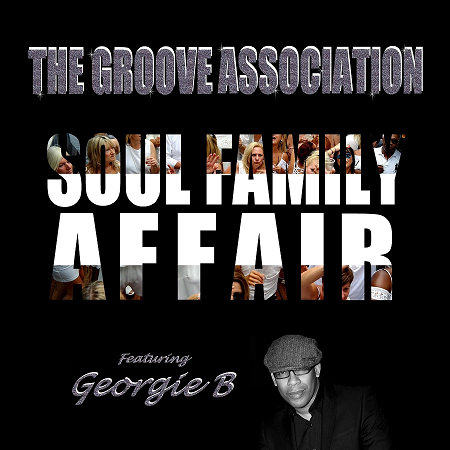 Knowing UK soul fans know all about GEORGE BROMFIELD (Georgie B) and his GROOVE ASSOCIATION. Over the years, without massive publicity and huge fanfares, they’ve won the hearts of soul lovers wherever they’ve played while their recordings are eagerly anticipated.

Following an early in the year heart scare which meant a couple of weeks in hospital, Georgie is now right back in the groove, doing what he does best… crafting some great modern soul.

His latest single is a tight, little modern soul beater, ‘Soul Family Affair’. It’s a clever new song written by Georgie, though (as you’ve guessed from the title) it does take more than a little from the Sly Stone classic! Radio and club friendly, ‘Soul Family Affair’ also features a lovely, jazzy sax break.