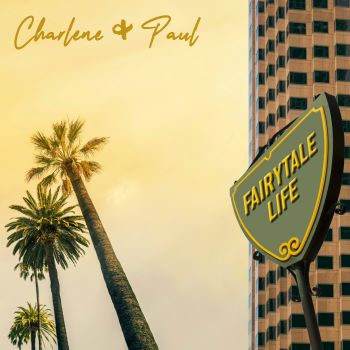 The Northern crowd will be  familiar with UK vocalist PAUL STUART DAVIES. For some time now Paul (a self-confessed soul fanatic) has been a mainstay on the “live” Northern circuit. Over the past few years our Paul has released some classy, authentic Northern sides too – things like his cover of ‘Do I Love You Indeed I Do’ and his own songs ‘Tomorrow’s Love’, ‘Baby, It’s Yours’ and ‘That’s The Truth’ and on those he managed to enlist people like Tobi Legend, Kim Weston and the Fantastic Four to supply backing vocals! Right now he’s busy promoting the digital release of ‘Baby, It’s Yours’ (see recent news item).

It seems though that Paul never stops working! He’s lined up a brand new release for the end of September and for the project, once again, he’s managed to enlist the support of another Motown veteran…. CHARLENE. Now, even Paul will admit that the ‘Never Been To Me’ singer isn’t a Northern legend – but she does have a Motown pedigree and that counts for a lot!

Between them (via the magic of the internet) Paul and Charlene (pictured together, below) have penned and recorded a brand new song – ‘Fairytale Life’. The cut boasts Northern beats but it veers towards the poppier end of the spectrum – but it’s sweet and pleasing and the duo gel well despite the geographical distance. It also boasts a gritty, soulful sax solo from Blackburn’s Paddy Higginson.

Paul tells us that he’s jetting off to Texas very soon to work on more songs with Charlene. In the meantime checkout ‘Fairytale Life’ when it wins release on September 23rd.