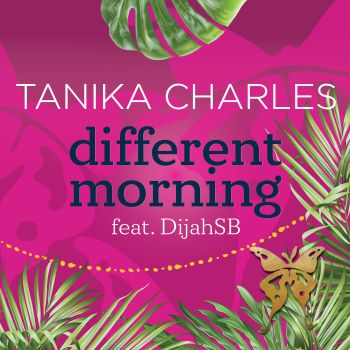 Canadian soul singer Tanika Charles has just launched a new single – a pacey ‘Different Morning’.  The track is  actually a collaboration between Tanika and rising Toronto rapper  DijahSB, whose own album ‘Head Above the Waters’ was featured in the Canadian Exclaim Magazine’s  top 50 albums of the year.

Tanika says of ‘Different Morning’: “So much of our days are spent dwelling on the same mistakes, the same misfortunes. That thing we wish didn’t happen, or what we wish we hadn’t done. “Different Morning” is about starting a new day without that baggage, about finding a way to correct course and move past it. What starts as a pitiful interior monologue evolves into a celebration of getting over that hump by being your biggest cheerleader. DijahSB is someone who was able to carry that triumphant spirit that the second half of the song needed. “I’m alive today” is enough of a blessing, enough of an accomplishment, and enough to be thankful for.” Now you now. The record’s sound reflects the optimism of the message … a pleasing, up-tempo confection.