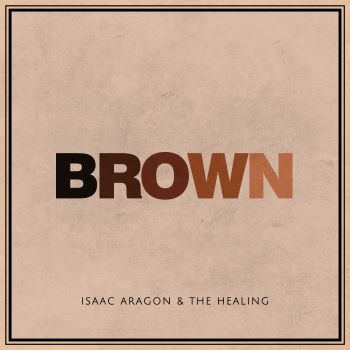 We last heard new music  from Albuquerque  soul man ISAAC ARAGON at the start of the year. But since the release of ‘Who’s Standing With Me’, Mr A’s been mightily busy. He’s been playing a varied  programme of gigs but more importantly he’s become the proud father of a baby boy!

Thankfully in between all that, he did manage to get into the studio and the result is a brand new single, ‘Brown ‘ just out!

Like all  his previous singles, ‘Brown ‘ is a seemingly gentle sound – but it delivers a powerful message. An iron fist in a velvet glove, if you would – and the more impactful for that! The new tune celebrates diversity across borders and cultures, (Isaac himself was raised in a rich Native American and Spanish tradition)  and calls on the listener to understand the power in fully standing in one’s own identity! That message is delivered in a soundscape that is part Bill Withers, part WAR, part Santana but uniquely Isaac Aragon.

Right now ‘Brown ‘comes in two mixes – one with a concluding monologue; the other without the spoken word . We think that the one with the monologue is the more powerful .

Here @ SJF we’re proud to say that we were the first media to highlight the talents of Isaac – check out our exclusive 2019 interview here –  https://www.soulandjazzandfunk.com/interviews/all-you-need-is-love-the-isaac-aragon-interview/

In the meantime, do check out ‘Brown’ – out now! Recommended!