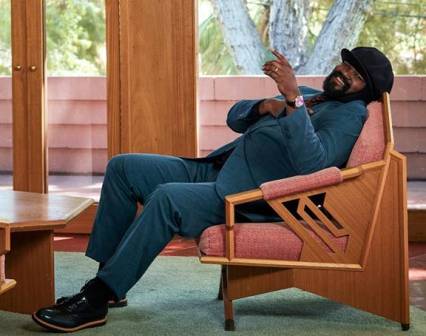 As we reported last month, GREGORY PORTER is preparing a new album release…’All Rise’. It was heralded by the rousing, gospel-infused single ‘Revival’ and now there’s a second single on the way… the very different ‘If Love Is Overrated.’ You can probably guess from the title that the song is hugely romantic. Mr P says: “‘If Love Is Overrated’ is a love song to love, in a pessimistic environment. It is the energy that excites the heart and the head without this love being announced to the world… a secret admiration even.”

Musically, the track is a lovely, lush affair with a string arrangement by album producer Troy Miller performed by the London Symphony Orchestra Strings. In many ways, the recording is homage to the sound and style of one of Porter’s heroes and main influences… a certain Nat King Cole. You will no doubt remember that Greg’s last full album was a full on tribute to Cole.