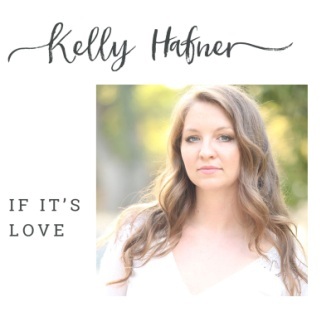 ‘If It’s Love’ is the debut studio album from American blue-eyed soulstress KELLY HAFNER who works out of Austin, Texas, where she has caused quite a stir on the local R&B scene. A graduate of the famed Berklee College of Music, Kelly says her heroes and influences number Etta James, Lauryn Hill, Marvin Gaye and Amy Winehouse and yes, dipping in here, there is certainly a feel of Amy Winehouse about proceedings though I’d add that there’s a feel of Adele too.

Like Adele’s work, Kelly’s ‘If It’s Love’ is chiefly down tempo – an album of mainly ballads – but a real attempt to create variety by adding something different to each one. For instance on ‘Dreams’, the introductory focus is on a plaintive violin while the embellishments on ‘No Time’ come from a brass section. That last one, by the way, is one of the album’s soul highlights matched only by ‘Keep On Hanging On’. The album’s title track deserves investigating too – plaintive and melancholy… yes, Adele meets Amy!

The cuckoo in this down-tempo nest is the brazen ‘Things Are Changing’ – rocky guitar and choppy rhythms sound at odds with the rest of the long player!

Kelly describes her album thus: “This release is for anyone who finds peace or happiness from listening to the songs, to express truth rather than perfection, to be an understanding force for people who need it, when they need it. There’s something special about communicating with people through sound, before even meeting them. That I think is magic.” See if you agree by investigating at your favourite download portal!