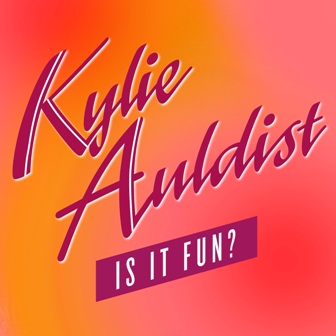 Sadly, most music fans know of Aussie soulstress KYLIE AULDIST via her contribution to the Kungs vs Cookin’ on 3 Burners smash ‘This Girl’. That catchy 2016 outing topped almost every pop chart across the planet, featured in TV shows, adverts and films and has achieved over 1 billion streams and that figure’s still climbing.

The proper soul crowd know a lot more about Ms A.  They enthuse about her work with the Bamboos and the Burners while they’ve enthusiastically lapped up her four solo albums and the good news is that there’s a whole new Kylie A LP on the way!

The 9 tracker that is ‘This Is What Happiness Looks Like’  is due for release in late October via Soul Bank Records but in the meantime, our girl has served up a delicious hors d’oeuvre in the shape of a tasty double A-sided single that pairs the catchy and clever ‘Is It Fun’ with an 80s flavoured ‘Everythink’ . Both are as infectious as ‘That Girl’ and Ms A is in top form cranking up serious interest in the upcoming album.