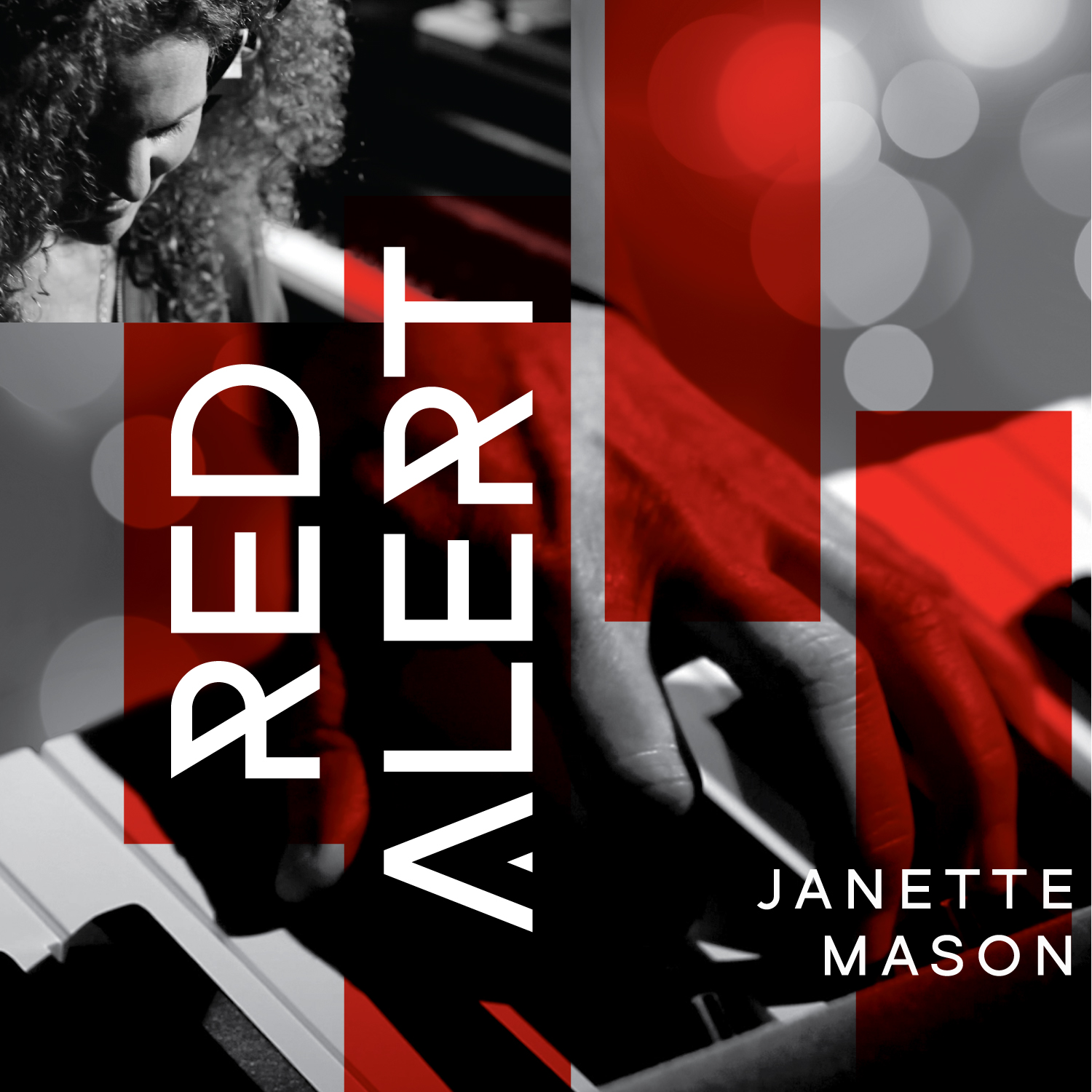 Those who are aware of her work won’t hesitate in naming JANETTE MASON as one of the UK’s leading keyboard players. She’s toured and shared the stage with the likes of Seal, k.d. lang, and Oasis and also composed music for TV (Sex And The City) and film (Ruby Blue, starring Bob Hoskins, and The Calling). As a producer, she’s worked with jazz singers, Gwyneth Herbert and Lea DeLaria. She’s also released three albums under her own name –  ‘Din & Tonic’ (2005), ‘Alien Left Hand’ (2009), and ‘D’Ranged’ (2014) – and just issued her fourth, ‘Red Alert’ via Dot Time records.

‘Red Alert’ is arguably the flame-haired pianist’s most impressive offering yet. Essentially, it’s a trio album (with Tom Mason on bass, and Jack Pollitt on drums) but Mason, who juggles acoustic piano with electronic keyboards, offers a rich array of textures, colours, and sounds with her expansive and sometimes filmic arrangements.

‘Pent Up,’ a kinetic slice of tense, straight ahead jazz driven by a funky undertow, lives up to its title while ‘Skating On Thin Ice,’ one of the 10-track album’s best cuts, has more of a jazz fusion feel. There’s tension, too, in the edgy title cut. Different again is SiSi, which begins as a reflective ballad before changing up the gears and morphing into a quirky groove peppered with serious jazz improv. More introspective is ‘The Yearning,’ a gentle ballad, where Mason highlights her sensitivity as a pianist. But it’s her unique and energetic approach to rhythm which gives Mason’s music its singular character. On ‘Red Alert,’ it’s best exemplified by the sprightly, Latin-tinged closer, ‘I See Seven,’ which rides a jaunty 7/4 meter.

Janette will be touring in support of the album and you can see her in the UK at: