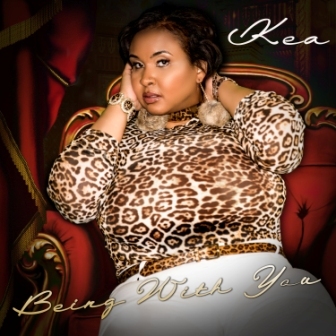 KEA MICHAELS is a new(ish) soul song bird who hails from the Pittsburgh area. She prefers to be known just as Kea and in April 2018 she released her debut single….’I Love You’. She wrote the song herself and it’s was sweet and smooth ballad with commentators making comparisons with Anita Baker.

It took a while but last June Kea released the follow up – another deceptively simple, smooth soul outing with a hint of jazz, ‘Not My Friend’. We’re told that ‘Not My Friend’ is one of the focus cuts on Ms Michaels’ forthcoming EP, ‘Relationships’. Of maybe more interest will be an intriguing cover of Smokey Robinson’s ‘Being With You’. Kea and producer Gerald “Butter” Glanville slow the song right down to allow a “dig into the darker psychological workings in the words”. Kea adds: “I chose to cover this song because the lyrics are reminiscent of time I spent in the past with a much older man, and the concern we felt about how to disclose our relationship to family and friends.” Like all great covers, this ‘Being With You’ is really different to the original and is enhanced by a lovely, sinuous sax solo from James Casey.