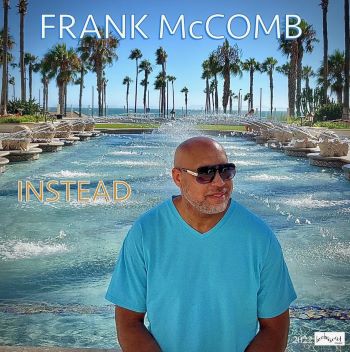 Cult soul man FRANK McCOMB has been prolific since the end of the lockdowns and hot on the heels of his recent ‘We Both Were Made For Us’ our man has just issued a new single, ‘Instead’.

His people tell us that Frank crafted the song for  fathers in general and Father’s Day in particular. He said he didn’t know of too many father related songs (can think of a few, but not that many… The Winstons anyone?).  Frank’s ‘Instead’ is a bit late for this year’s Father’s Day but maybe you might want to file the  tune (which talks of dads being the back bone of families) away till next year.

Sonically, this ‘Instead’ is a Stevie Wonder-ish meandering groove with a funk undertow and a vocal on which (surprise, surprise!) our Frank channels his inner Stevie!

Frank McComb’s ‘Instead’ is out now via the usual portals and  Bandcamp. Thanks  to Toby Walker @ http://www.soulwalking.co.uk/ for pointing us towards this one!