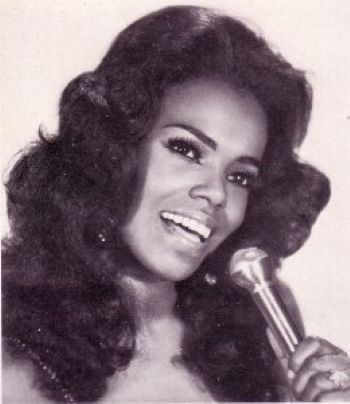 US sources are rather belatedly reporting the death of soul stalwart INEX FOXX. It seems that Ms Foxx died on August 25th but the sad news is only now being circulated. Few details are being given save that Inez was aged either 84 or 79 depending on the source and she died in West Compton, California. Inez will, of course, forever be remembered for the classic 60s soul records she made with her brother Charlie.

The Fox siblings began their career on the gospel circuit . After a dalliance with Brunswick Records they  came to the attention of Sue Records boss, Henry “Juggy” Murray who signed them up and added an extra X to their surname for a little extra impact. Their first Sue release was a soulful rework of the nursery rhyme ‘Hush Little Baby’ which when renamed ‘Mockingbird’ became a smash hit in the States and UK mod favourite. Their ‘Hurt By Love’ was another especial UK mod anthem.

More hits followed – notably  ‘Tightrope’.  Murray was keen to promote Inex as a solo singer and Sue  often released the duo’s recordings in her name only. In 1966 the Foxxs signed to Musicor imprint Dynamo where they scored with ‘(1-2-3-4-5-6-7) Count The Days’. The duo toured extensively in Europe and in the late 60s they were popular fixtures on the UK club circuit .

For a time Inez was married to songwriter/producer Luther Dixon and the couple wrote songs together – most famously the Platters’ ‘I Love You 1000 Times’. At the end of the 60s Inez and Charlie ended their professional relationship and Inez pursued a solo career, recording for Stax/Volt.

As the hits dried up, Inez and Charlie worked the oldies circuit – both as solo acts and and as a reformed duo. Charlie Foxx died in 1998 of leukaemia. Inez Foxx RIP.