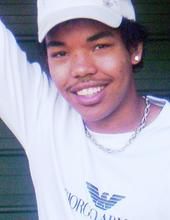 Despite the credit crunch (or maybe because of it) the independent and self-financed soul scene continues to flourish. There’s lots of great indie soul around at the moment and here at www.soulandjazzandfunk.com we’re grateful to our colleague at www.soulwalking.co.uk for pointing us to a very strong trio of new albums. First up there’s ‘These Five Words’ from TRISH ANDREWS. You can find out more about TRISH by scrolling back through our news pages, where you’ll find an in-depth interview with the lady in which she reveals the real meaning behind the songs on the set. Of those songs, the album’s opener, ‘Comfort Zone’, is currently winning lots of support on the modern soul scene but ‘You Know What You Do To Me’ and ‘Jumpin’ And Bumpin’ are snappy dancers too. Ballad lovers will connect with ‘On My Mind’ and ‘Makin’ Love’ but repeated plays will reveal that the album’s title cut is the real highlight. Plenty of real soul highlights too on ‘If These Walls Could Talk’ from DARIEN. The opening cut – ‘Just Can’t Wait’ – will leave you in no doubt about what’s in store – proper, tuneful, groove-laden modern soul of the highest order. ‘Showya’ is another steady foor-tapper; ‘Where It’s At’ has a real lazy, harmonic vibe; and the LP’s semi-autobiographical title tune reveals a deeper side to young DARIEN. Bags of depth too on MATT CUSSON’S eponymous 12 tracker. The album offers plenty of variety but ‘Could’ (an enigmatic duet with SHOSHANA BEAN) has immediate appeal. ‘Every Step’ is another outstanding cut – sweet and lovely – while a short acappella interlude will make you think you’ve strayed into a TAKE 6 album. On some cuts there’s a feel of JAMES TAYLOR to the music (CUSSON has toured regular with TAYLOR) but overall the sound will recall ROBIN THICKE (without the R&B posturing) or even ROBERT JOHN. For fuller reviews on these three albums go to www.soulwalking.co.uk. For those, now, who like to investigate the harder-to-find-soul, then try www.myspace.com/dorianjames . We can’t find out too much about the young Atlanta-based singer. His ‘my space’ space doesn’t feature too much but we’ve gleaned that he’s had a fair share of music biz downs. The ever-tenacious DORIAN currently has a three tracker on offer which shows some real soul potential. ‘Nice And Slow’ is a crisp mid-tempo beater with a hint of USHER style R&B to it, while ‘What’s Missing’ is a pleasing and melodic cut with a catchy hook and a clever ending.