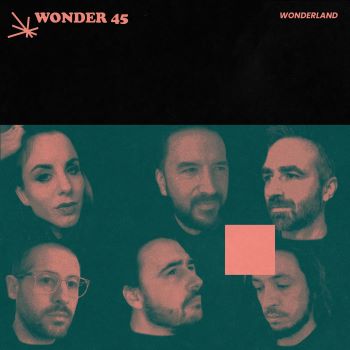 WONDER 45 are a London based 6 piece soul  band. Formed as an instrumental recording project by producer/writer Holley Gray, he collaborated with guitarist Ross Ewart, drummer Chris Nickolls and keys player Steve Pringle to write and record some authentic soul music in his suburban London studio. The band really came together when they linked up with singer/songwriters Jess Greenfield and Gavin Conder and their song, ‘Wonderland’ is winning the band plenty of plaudits on the underground soul scene.

It originally appeared on a compilation album from the Golden Rule label and it’s just been selected a single to help promote the album. This ‘Wonderland’ is a big and powerful horn-heavy  sound with singer Conder coming on like a 21st century Joe Cocker! Released May 6th.