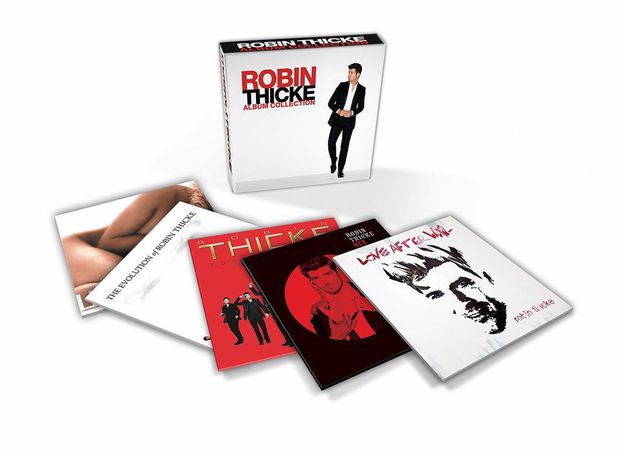 ROBIN THICKE’S ‘Blurred Lines’ has been one of 2013’s most controversial albums. Fêted and slated in equal amounts, it’s certainly sparked discussion, debate and, of course, decent sales. The chattering classes and the broadsheet hacks , it seems ,have just discovered Robin and his always provocative music.

Soul people know though that Mr Thicke has a history that goes way back before the aforementioned ‘Blurred Lines’ and as if to reinforce that point his label, Polydor , are about to release a five CD box set that brings together most of the man’s back pages. Released October 14th, it gives “newbies” the opportunity to get to know him a lot better while old fans can have all his music in one beautifully packaged artefact!