IN THE PHILLY MIX 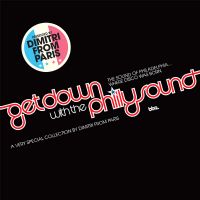 bbe Records have just announced the imminent release of what could turn out to be the year’s best soul dance album – DIMITRI FROM PARIS’ take on the classic Philadelphia soul sound. The double album will be the fifth collection that France’s top soul jock has worked on for bbe and it will feature Philly classics all the way. For the first time ever GAMBLE and HUFF have given another label access to the multi track tapes of some Philly International platinum selling classics such as HAROLD MELVIN AND THE BLUENOTES’ ‘The Love I Lost’ and ‘Bad Luck’ both featuring, of course, the vocals of the late great TEDDY PENDERGRASS. Other tracks spotlight THE JACKSON 5 and CHARLES MANN. The album will be issued in a limited edition of just 10,000 double CDs along with a deluxe vinyl set. The official release date is mid May.

Tags: IN THE PHILLY MIX