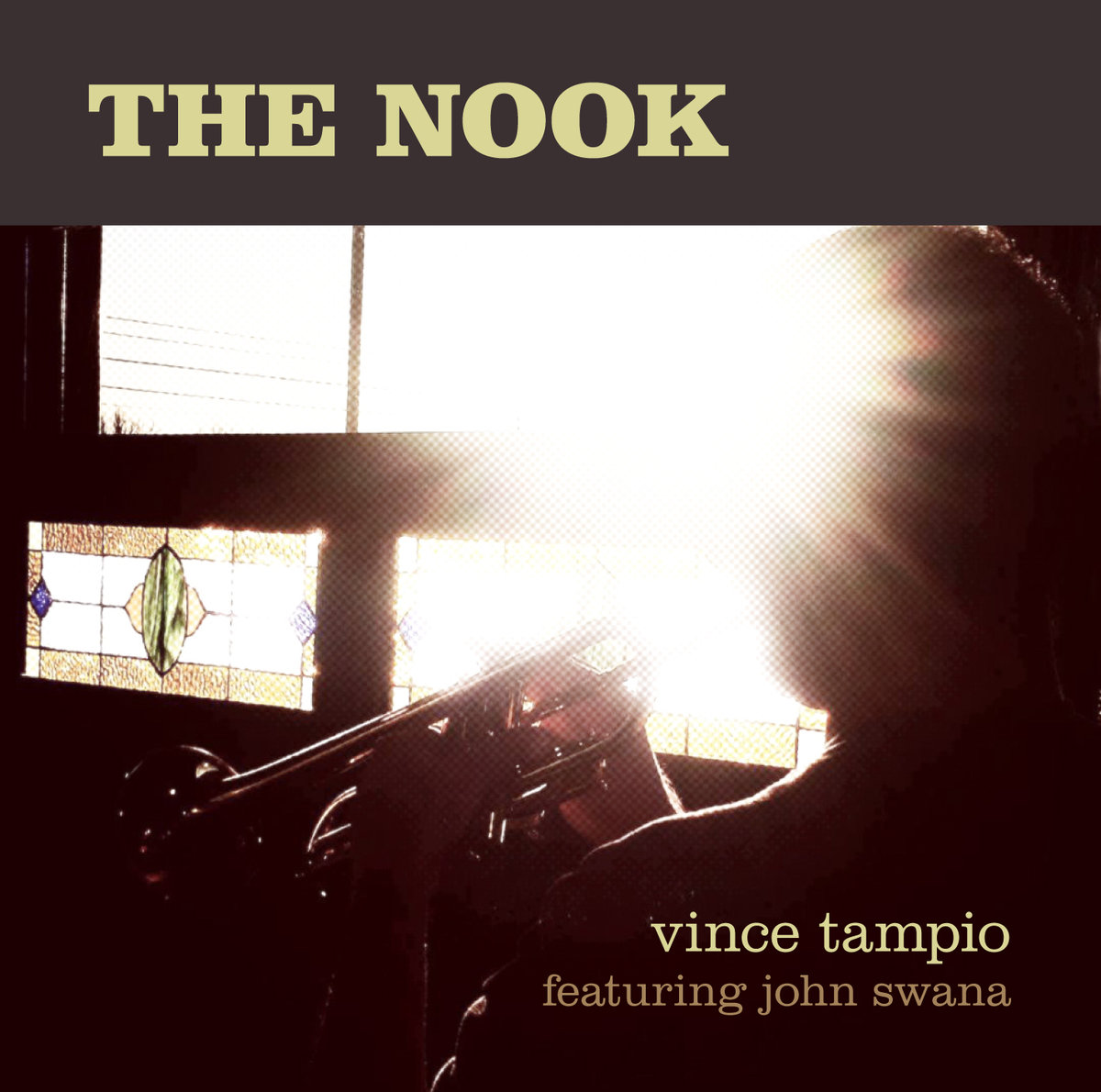 Back in April we were introduced to Philadelphia jazz trumpeter, arranger, and composer VINCE TAMPIO via his ‘Sound Plan’ album . The six tracker was an ambitious attempt to fuse jazz with psychedelic rock and electronic dance music and some of the more adventurous jazz stations out there played out the epic ‘Slimery’.

For his newest album Vince offers something very different – you see, ‘The Nook’ (released on September 18th) is a straight-ahead jazz album with not an electronic instrument in sight! The band on the long player comprises Vince Tampio (trumpet), John Swana (trombone), Brian Baker (tenor sax), John B Hedges (piano), Ben Basile (upright bass) and Charlie Heim (drums). Hear them swing at their best on the cover of ‘Dear Old Stockholm’ on which the band use their experiences to bring in a number of other jazz classics…. count ’em if you can!

The album’s title cut is a blues based workout named for a famed Philadelphia bar while the intriguing ‘Two Dollar Breakfast’ (this is the cut that features veteran Swana’s valve trombone) owes its title to the menu at New York’s Mains Street Bistro.

Vince says his aim with ‘The Nook’ was to try to create the feel of early Miles Davis albums… see if he’s succeeded by visiting www.vincetampio.com